Release 0.4 - Finishing Up the Semester!

I've been working all day today on some of these issues for Adobe Brackets. This is my final release, and although I want to push a little further and make this a double-issue release, we'll see...

The task looked simple enough, but I found it to be a little more involved than surface level appearances. The person filing the issue commented that the Portuguese Menu Commands were mostly all in English and was suggesting that translations be made. The administrators recommended that he make a pull request, but he never got around to actually doing it. Here is what I had to work with: 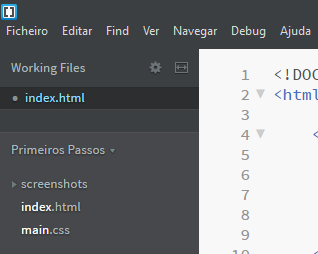 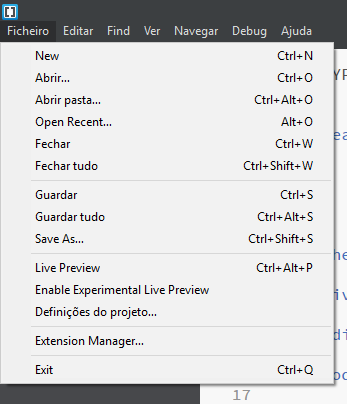 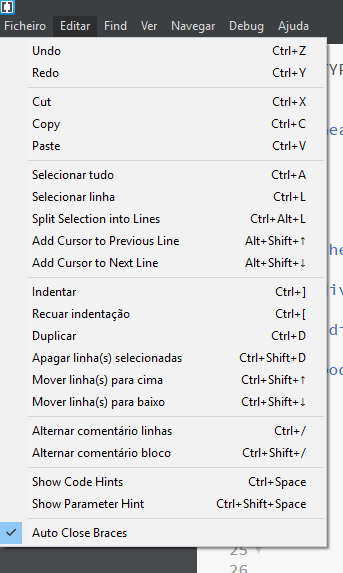 Here, I'm just showing half of the menu command options. One of the advantages I had is a background foundation of French, Spanish and some Italian. Knowing the basics of all three languages gave me a pretty good idea of Romantic language grammar, so even though I'm certain my translations aren't perfect, they convey the right meaning, and the administrators can clean up later with colloquial speech.

The first part was realizing where the Menu Command wording was coming from, which was /src/nls/pt-pt/strings.js

When I tried looking for most of the CMD_CUT, CMD_COPY, etc... I realized that they were missing from that source code (which is why they rendered into default English). So I hopped over to reading the Spanish and French versions of the Menu Commands, which had completed lists. I read the CMD names, and paid attention to mentally translating the phrases used in French/Spanish to make sure that it was related to the Menu Commands I needed. Then I copied over the CMD names and used my Portuguese translations with them. It was sort of a tedious task ( 62 Phrases ).

I tried to make sure that the translations were as concise as possible, without the most accurate meaning that Google Translate was giving me, and that all the Commands had a similar format to them. I tested out the Menu Command bar, and it looks very good!

If I can find another bug to solve in the next few hours I will attempt to add it to this release, but if not, this makes number 4! Here's a link to the pull request and some pictures.

PR for the Portuguese Menu Commands 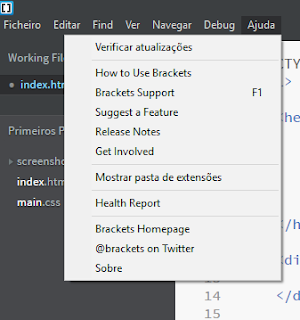 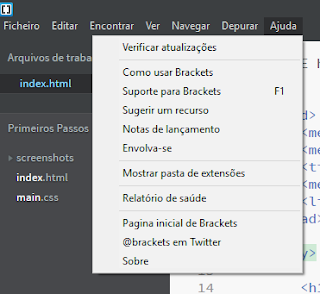 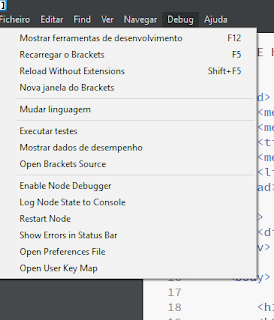 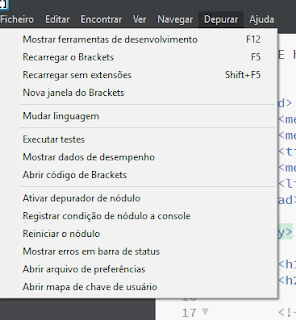 Like I mentioned in my previous release, I'm beginning to see how all the parts interconnect. I was always confused earlier about how some lines of code created visual displays of editor boxes and buttons and selectable items and such. Going through all the source code and skimming over the information gave me clues as to how the whole thing pieced itself into a cohesive whole. The whole concept of creating a project that connects to other people's ideas and finding ways to implement that actually intrigues me, because I don't know how to do it yet, but it seems to hold so much power for creating great things. In my previous and current release, I wanted to solve issues that were not incredibly complicated (like taking outside code and just making it fit with this project - because I was still getting my head around this one first!).
That's how I think: I need to understand the perspective, I need the world-view of what I'm doing. Getting a grip on what Brackets IS became the most important task for me this week. I can't say I'm even moderately comfortable yet, but I'm beginning to see the whole. My focus was to learn about the project, and in the meantime, take up issues that people had forgotten, dismissed, or didn't care about. Even though they were not high priority, somebody noticed them and made a complaint. People thought about fixing them, but nobody did. I chose issues that had been on the board for almost 2-3 years, and had still not even been looked at. In my opinion, those who are not fighting on the front lines of the battle should clean up in the background. It just makes sense to clean up the clutter and make the issue board more concise and relevant to the issues that will move the project forward, and not be bogged down with details that are solvable but nobody wants to put the time in. Even though my issues were not very complicated, they are useful to the people who read in those languages and they do matter in their own right.
My hope is to continue working in Thimble and Brackets, picking up more of the complicated machinery and making more significant contributions in the near future.
Posted by Siloaman at 01:24